Grammy Award winning jazz pianist Brad Mehldau has recorded and performed extensively since the early 1990s. Mehldau’s most consistent output over the years has taken place in the trio format. Starting in 1996, his group released a series of five records on Warner Bros. entitled The Art of the Trio (recently re-packaged and re-released as a 5-Disc box set by Nonesuch in late 2011). During that same period, Mehldau also released a solo piano recording entitled Elegiac Cycle, and a record called Places that included both solo piano and trio songs. Elegiac Cycle and Places might be called ‘concept’ albums made up exclusively of original material with central themes that hover over the compositions.

Mehldau’s musical personality forms a dichotomy. He is first and foremost an improviser, and greatly cherishes the surprise and wonder that can occur from a spontaneous musical idea that is expressed directly, in real time. But he also has a deep fascination for the formal architecture of music, and it informs everything he plays. In his most inspired playing, the actual structure of his musical thought serves as an expressive device. As he plays, he listens to how ideas unwind, and the order in which they reveal themselves. Each tune has a strongly felt narrative arch, whether it expresses itself in a beginning, an end, or something left intentionally open-ended. The two sides of Mehldau’s personality’“the improviser and the formalist’“play off each other, and the effect is often something like controlled chaos. 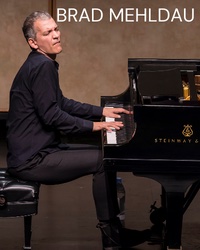