A Salute to the Platters and Drifters with Corvette (Live Band)

A Salute to the Platters started over 10 years ago and is a 4 person tribute group with a LIVE BAND!They take you on a musical trip that brings you down memory lane with tunes such as “Only You”, “Smoke Gets In Your Eyes”, “Harbor Lights”, with some Motown, Sam Cooke and Ben E. King. Having performed from Alabama all the way to the Catskills the group loves spreading music across generations.

Members Include: Our female vocalist is ChinaDoll who has performed in: The Ladies Formerly of Chic European Tour, LENA HORNE: THE LADY & HER MUSIC BROADWAY SHOW, WAYNE NEWTON AT CAESAR’S PALACE AND TOUR, THE ORIGINAL SHIRELLES, LIONEL HAMPTON @The Rainbow Room, The NY Harlem Singers Asian Tour, The Marvelettes, A Matinee in Harlem with Linda Twine, Bill Chinnock Rock Show at The Stone Pony, University of the Western Cape Cape town, SA Concert to raise money to put Shanty Town residents into Pre-Fab Homes and MOTOWN’S Motor City Madness Show. 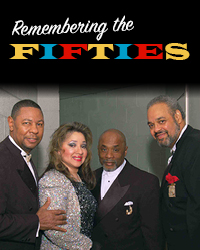