Rochmon Record Club Listening Party, Chicago – “Chicago II” at Universal Preservation Hall, 25 Washington Street in Saratoga Springs. Bands with horns! “Chicago II”, released in 1970, solidified the presence of Chicago on the radio for the next 50 Years. Produced by James Guercio, who’s vision of fusing the horns of Jazz and R&B with Rock was achieved with a band of consummate players. Filled with classic Chicago songs like “Make Me Smile”, “25 or 6 to 4” and the slow dance played at every prom in the ‘70’s, “Colour My World”, “Chicago II”, a double album is a tour deforce of a band on a mission to dominate their chosen style. No other horn band comes close to Chicago’s legacy and popularity. It started here. We’ll listen to Chicago’s “Chicago II” on UPH’s state of the art sound system. 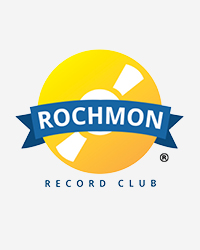