The Grammy-nominated, Tennessee-born, and Brooklyn-based singer-songwriter Valerie June has been recording and performing since she was 19 years old, climbing from Memphis coffee houses to national TV performances and getting name-checked by Bob Dylan. Her latest album The Moon and Stars: Prescriptions for Dreamers weaves a tapestry of folk, soul, gospel, country, blues, psychedelia, and symphonic pop, performed by an accomplished lineup of musicians with a dizzying palette of instruments (flute and banjo, mbira and Mellotron, saxophone and synth) absorbed in free-flowing experimentation. The album (co-produced with Jack Splash), is acclaimed by fans and critics alike and received a 2022 Grammy nomination for Best American Roots Song and 2021 Americana Honors and Awards nominations for both Album and Song of the Year. June’s first book, Maps for the Modern World, is a collection of poems and original illustrations, available now through Andrews McMeel Universal Publishing.

Violet Bell is re-wilding Americana. On their upcoming album Shapeshifter they reimagine the ancient story of the selkie, a mythical seal that can shed her skin to become human. At the album’s heart is an exploration of identity and belonging beyond cultural norms. Omar Ruiz-Lopez was born in Panama and raised in Puerto Rico, while Lizzy Ross grew up in Maryland and NYC. Given their wildly different backgrounds, Violet Bell has a unique perspective on the roots music traditions that inform their sound. Currently based in North Carolina, they’re tending to traditions and creating a new way forward with like-minded musical innovators. Violet Bell recorded Shapeshifter with Grammy-nominated producer Jason Richmond (Avett Brothers) and musical guests Libby Rodenbough and Joseph Terrell (Mipso), Tatiana Hargreaves, and Joe Troop (Che Appalache). 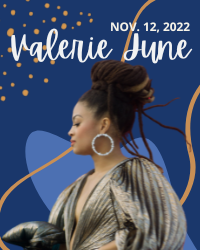